The Parody Wiki
Register
Don't have an account?
Sign In
Advertisement
in: Characters, Animals, North American Animals,
and 42 more

The rainbow trout (Oncorhynchus mykiss) is a trout and species of salmonid native to cold-water tributaries of the Pacific Ocean in Asia and North America. Adult freshwater stream rainbow trout average between 1 and 5 lb (0.5 and 2.3 kg), while lake-dwelling and anadromous forms may reach 20 lb (9 kg). Coloration varies widely based on subspecies, forms and habitat. Adult fish are distinguished by a broad reddish stripe along the lateral line, from gills to the tail, which is most vivid in breeding males. 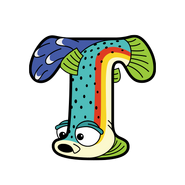 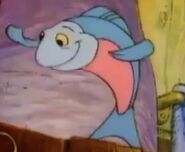