Ralph Theodore Guard or Ralph the Guard is the dim-witted security guard at Warner Bros. Studios who often tries to capture Yakko, Wakko, and Dot Warner by put them back into the water tower, but always fails in his duty. In A Christmas Plotz, he was revealed to have a wife (who looks and sounds like him) and an adopted son who is smarter than both of them. He often is seen eating donuts and is quite fat. The Warners outsmart and out run him easily. A running gag is that he chases the Warners in the backgrounds of other segments.

Ralph originates from Tiny Toons Adventures, where he guarded the Warner Bros. Studios, and was often at odds with the Tiny Toons, usually Plucky Duck. In that show however he was a far more capable guard. In Tiny Toons, he was known as "the fat guard that come around". In one episode, Ralph is shown working with Scratchansniff and Hello Nurse to help catch the Warners.

Based his appearance in "Newsreel of the Stars," it seems that Ralph (or a relative or lookalike) worked at the studio in the 1930s. 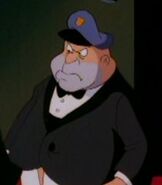 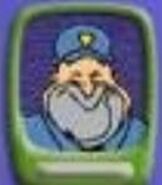 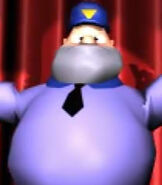 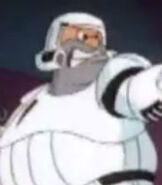 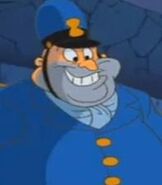 Add a photo to this gallery
Retrieved from "https://parody.fandom.com/wiki/Ralph_the_Guard?oldid=1664834"
Community content is available under CC-BY-SA unless otherwise noted.