Ratigan's Gang are minor antagonists in The Great Mouse Detective.

As Rataxes's Men in Bernard: The Movie and Bernard: King of the Mice

They are Iron Minions

the are Weasel Guards

They are Helpers who Work for The Horned King

As the Nightmare King's Minions in Little Fievel: Adventures in Slumberland

As the Goblins in The Princess and the Mouse King

As the Lab Assistants in Fievel Mousekewitz (Crash Bandicoot)

They are Lab Assistants

As Clayton's Men in Basilzan

They are Clayton's Henchmen

As Carface's Minions in All Mouse Go To Heaven

They are Minions of Carface

As Zigzag's Assistants in The Dog and the Cat

As Mojo Jojo's Monkeys in The Powerpuff Mice Movie

As the Pirates in Treasure Planet (Stephen Druschke's Animal Style)

They are Alien Pirates 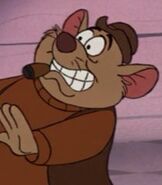 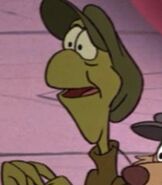 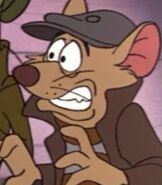 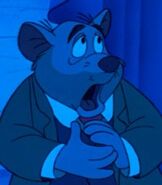 Add a photo to this gallery
Retrieved from "https://parody.fandom.com/wiki/Ratigan%27s_Gang?oldid=965950"
Community content is available under CC-BY-SA unless otherwise noted.