The Parody Wiki
Register
Don't have an account?
Sign In
Advertisement
in: Characters, Female Characters, Heroines,
and 90 more

Raven Baxter is a female main protagonist on That's So Raven and Raven's Home.

Before the series begins, Raven moves to Chicago and marries Devon, having twins with him. At an unknown point in time, the pair divorce with Raven taking custody of the children. She gets a job working for Paisley, as a fashion designer for dogs. She later allows Chelsea and her son Levi to move in with her. During this time, she refuses to disclose to her family that she is psychic, with Chelsea being the only one to know. Although later, Raven changed her mind after hearing that Booker inherited her psychic abilities as she told her kids along with Levi and Tess about her own psychic ability.

Raven Baxter as a Princess

Raven Baxter as the Hippopotamus 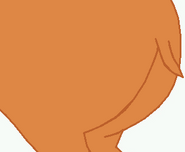 Raven Baxter as a Bear 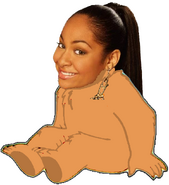 Raven Baxter as an Ape