Ray Kon is a hot sexy boy from Beyblade and he is the owner of the bit-beast Driger. He is also the childhood friend and love interest of Mariah Wong. He is voiced by Daniel DeSanto

He played Aladdin in Rayladdin, Rayladdin 2: The Return of Joker, Rayladdin (The TV Series) and Rayladdin 3: The King of Thieves

He played the Prince in Mariahrella Wong

He played Dmitri in Mariahstasia

He played Flynn Ryder in Tangled

He played Prince Naveen in The Princess and the Tigger

He is a Hogwarts Champion for Hufflepuff

He played Hubie in The Pebble and the Beyblader

He played Prince Cornelius in Mariahlina

He is the fairy Prince

He played Prince Derek in The Tiger Princess 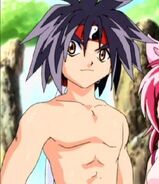 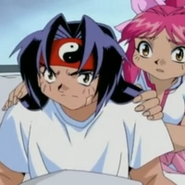 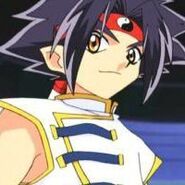 Add a photo to this gallery
Retrieved from "https://parody.fandom.com/wiki/Ray_Kon?oldid=1053212"
Community content is available under CC-BY-SA unless otherwise noted.