The Parody Wiki
Register
Don't have an account?
Sign In
Advertisement
in: Characters, Animals, North American Animals,
and 96 more

One of North America’s most widespread and common hawks, the red-tailed hawk (Buteo jamaicensis) is easily identified by the red upper surface of its broad tail. Most red-tailed hawks have rich brown upperparts and pale underparts, with a streaked belly and a dark bar on the underside of the wing. However, this species varies greatly across its range, with up to 16 subspecies recognised by various authorities. Almost all subspecies of the red-tailed hawk have some red in the tail, but this is variable with age, and they are usually distinguished instead by colouration of the underparts, the tail markings, and size. Some populations also have ‘dark-phase’ birds, which are all chocolate-brown excluding the red tail, and ‘rufous-phase’ birds, which are reddish-brown on the chest with a dark belly. Immature red-tailed hawks also vary in appearance, but are usually brown above and white below, with heavy spots and streaks. The tail is grey-brown with slight banding. As the immature hawks change to the adult plumage, their tail feathers drop out and are replaced by red ones, while the rest of the feathers also turn more reddish. Immature red-tailed hawks begin to obtain adult plumage in their second year. Red-tailed hawks are usually seen soaring in wide circles high over fields, slowly turning on their broad, rounded wings. They may face into the wind to hover, with their eyes fixed on the ground. The wing beats appear heavy when flapping. This species attacks prey in a slow, controlled dive with the legs outstretched. 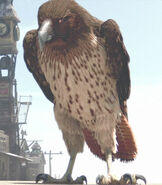 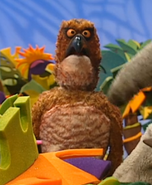 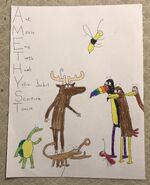 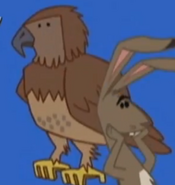 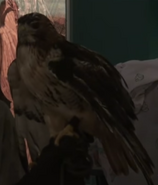 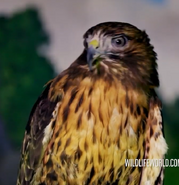 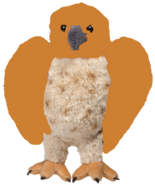