The red wolf (Canis rufus) is one of the world's rarest canids. The coat is a cinnamon or tawny red with grey and black touches, the back tends to be dark and the tail has a black tip. Red wolves are smaller than their relative, the grey wolf (Canis lupus), and have longer legs and shorter fur. Males are typically larger than females. The red wolf was declared extinct in the wild in 1980, but fortunately a captive breeding program enabled the species to be reintroduced. As of 2010, the reintroduced population of red wolves was thought to total around 130 individuals. Breeding pairs of red wolves mate for life, and typically live in small packs with their offspring. 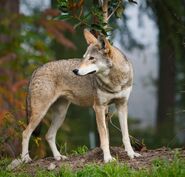 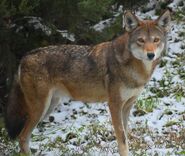 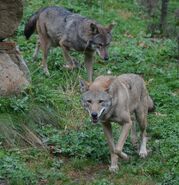 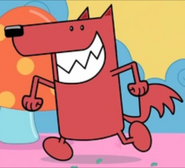 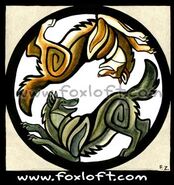