The Parody Wiki
Register
Don't have an account?
Sign In
Advertisement
in: Characters, Animals, South American Animals,
and 47 more

Red-and-green macaws (Ara chloropterus), also known as green-winged macaws, are found in eastern Panama and South America south to (at least reported formerly, though conceivably based on escaped captives) northern Argentina. This species is generally uncommon due to population declines from capture for the pet trade, habitat loss, and hunting. It is locally distributed in Panama, Venezuela, and Bolivia, but widespread throughout much of the Amazon basin. It is also widespread in captivity. 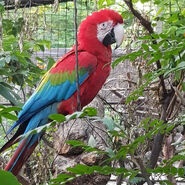 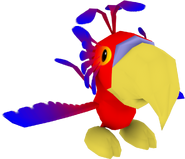 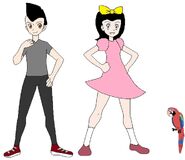