The Parody Wiki
Register
Don't have an account?
Sign In
Advertisement
in: Characters, Animals, Fish,
and 8 more

Serrasalmus rhombeus (Redeye Piranha, and see below), is a fish of the piranha family Serrasalmidae found in South America in the Amazon and Orinoco river basins, the north and eastern Guiana Shield rivers, and northeastern Brazilian coastal rivers. Its length is up to 41.5 cm. These piranhas live in very diverse habitats ranging from soft blackwater, to hard whitewater areas in the Amazon, and as such, are very tolerant of differing water chemistry. 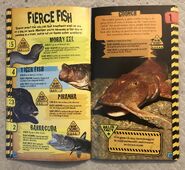 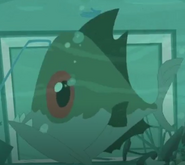 Rolling With The Ronks (2016-2017)
Community content is available under CC-BY-SA unless otherwise noted.
Advertisement