The Parody Wiki
Register
Don't have an account?
Sign In
Advertisement
in: Characters, Animals, European Animals,
and 48 more

The small, elegant roe deer (Capreolus capreolus) is reddish brown in colour during summer but becomes grey, pale brown or even black in winter. The tail is very small and there is a large white rump patch, which becomes less obvious or even absent during winter. Males are larger than females and have short antlers, usually with three points. The antlers are shed from October to January, and the new pair, which begins to grow immediately are covered in 'velvet', furred skin that supplies blood to the growing antlers. Young roe deer (called 'kids') have spotted coats for the first six weeks of life. 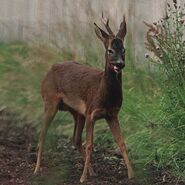 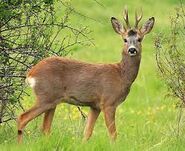 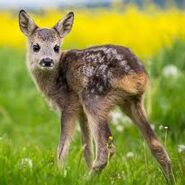 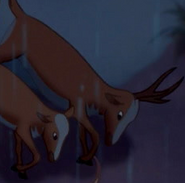 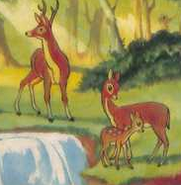