The Parody Wiki
Register
Don't have an account?
Sign In
Advertisement
in: Characters, Animals, Domestic Animals,
and 55 more

The Rottweiler is a breed of domestic dog, regarded as medium-to-large or large. The dogs were known in German as Rottweiler Metzgerhund, meaning Rottweil butchers' dogs, because one of their uses was to herd livestock and pull carts laden with butchered meat to market. This continued until the mid-19th century when railways caused droving to be replaced with herding. Rottweilers are now used as search and rescue dogs, as guide dogs for the blind, as guard dogs and police dogs. 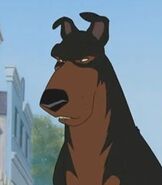 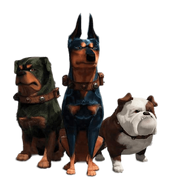 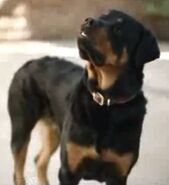 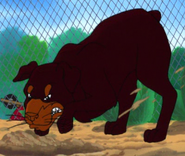 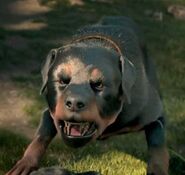