Runt is a character from Alpha & Omega 2. He is the firstborn son of Humphrey & Kate.

as young Bambi in Runtambi

He is a deer fawn

He is a street-smart hero

as Human Chip in Beauty and the Smilodon

as Baby Simba in The Cartoon Dog King

He was baby cub

as Stitch in Agnes and Runt

He is an Alien Experiment 626

He is a baby elephant.

He is a Puppet

Runt makes a debut in The Wolf Pup That Saved Christmas. 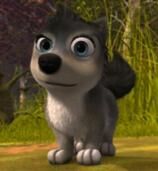 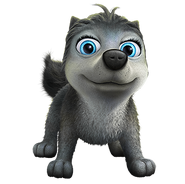 Add a photo to this gallery
Retrieved from "https://parody.fandom.com/wiki/Runt_(Alpha_and_Omega_2)?oldid=1770185"
Community content is available under CC-BY-SA unless otherwise noted.