The Parody Wiki
Register
Don't have an account?
Sign In
Advertisement
in: Heroines, Sonic the Hedgehog Characters, Female Characters,
and 99 more

Sally Alicia Acorn is a character from Sonic the Hedgehog SatAM where she is the very attractive and tomboyish yet regally and unbearably beautiful crown princess of Mobius and Sonic's crush.

She is a Pixie

She is a Red & Black Armadillo

She plays Genie as TV Parade Host June in Fieveladdin

She is a Female TV Reporter

She is a Maid

She plays Brittany Miller in Sonic and the Hedgehogs (1983)

She plays Jenna in Sonicto

She is a female dog

She plays Duchess in The Aristoanimal Kids

She is a female cat

She plays Abigail Gabble in The AristoKids

She is a Goose

She plays Rainbow Dash in the My Little Hedgehog: Equestria Girls film series

WARNING: Not Twilight Sparkle; because Sally is more of a fighter/leader than a princess. 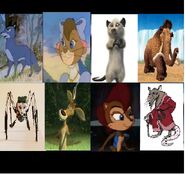 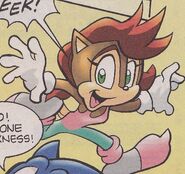 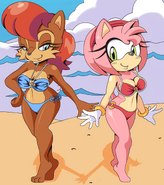