Samson is a lion from Disney's The Wild

He played Leodore Lionheart in Classictopia and Zootopia (Chris2003 Style)

He is the mayor of Zootopia

He played Joshua in The Little Drummer Boy (TheCartoonMan12 Style)

He is a camel

He is a blue monster

He is a vacuum cleaner

He is a saber-tooth tiger

He is an orange Tyrannosaurus 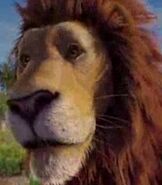 Samson in The Wild 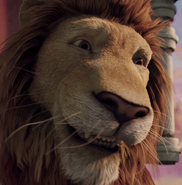 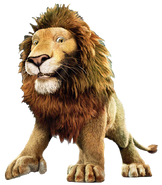 Add a photo to this gallery
Retrieved from "https://parody.fandom.com/wiki/Samson_(The_Wild)?oldid=2495285"
Community content is available under CC-BY-SA unless otherwise noted.