The Parody Wiki
Register
Don't have an account?
Sign In
Advertisement
in: Characters, Creatures, Mythical Creatures,
and 55 more 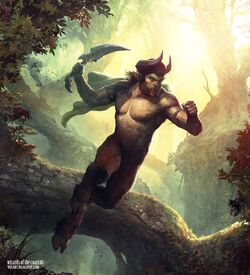 In Greek mythology, a satyr (Greek: satyros) is one of a troop of ithyphallic male companions of Dionysus with goat-like features and often permanent erection. Early artistic representations sometimes include horse-like legs, but in 6th-century BC black-figure pottery human legs are the most common. In Roman Mythology there is a concept similar to satyrs, with goat-like features: the faun, being half-man, half-goat, who roamed the woods and mountains. In myths they are often associated with pipe-playing. Greek-speaking Romans often used the Greek term saturos when referring to the Latin faunus, and eventually syncretized the two. (The female "Satyress" was a later invention of poets.) 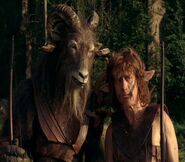 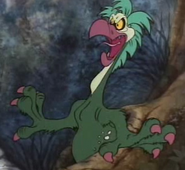 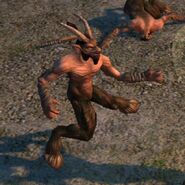 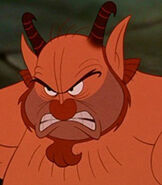 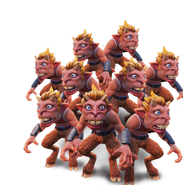 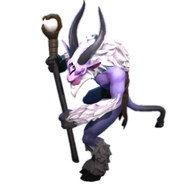 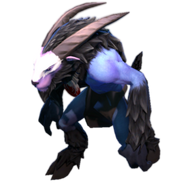