The Parody Wiki
Register
Don't have an account?
Sign In
Advertisement
in: Characters, Animals, South American Animals,
and 196 more

With its large size, vibrant plumage and raucous calls, the scarlet macaw (Ara macao) is surely one of the most colourful and charismatic of all birds. As the name suggests, most of the plumage is bright red in colour, with a blue back, rump,flight feathers and outer tail feathers, and conspicuous yellow upperwing-coverts, edged with green. The upper mandible of the beak is whitish, with black at the tip and base, and the lower mandible is black. As in all macaws, the beak is large and powerful, and the face bears a large, bare patch of white skin around the eye. The tail is long and pointed. The male and female scarlet macaw are similar in appearance, while the juvenile can be distinguished by the shorter tail and the grey-brown rather than yellow eye. The loud calls of this species include a variety of harsh screeches, guttural squawks and growls. The scarlet macaw can be distinguished from the similar red-and-green macaw, Ara chloropterus, by its lighter red plumage, longer, red-tipped tail, yellow rather than green upperwing-coverts, and the lack of red feathers on the facial patch. 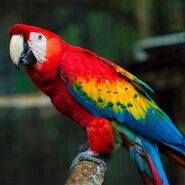 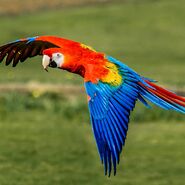 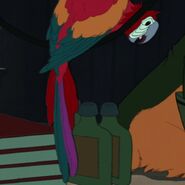 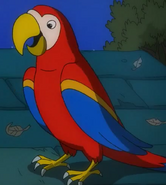 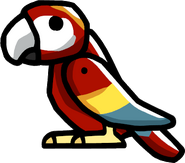 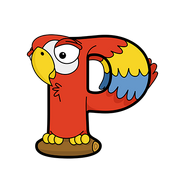 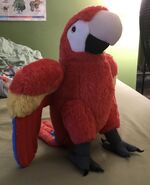 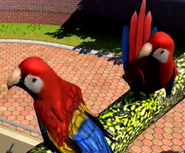 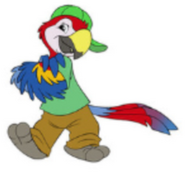 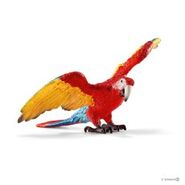 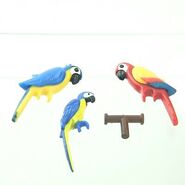 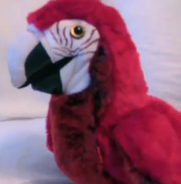 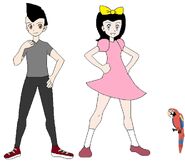 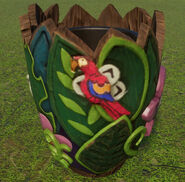 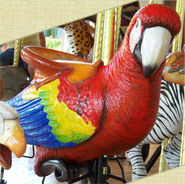 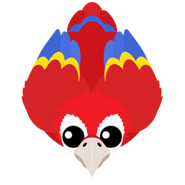 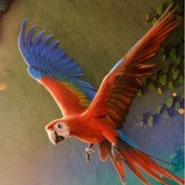 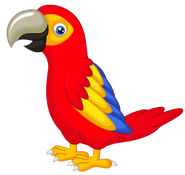 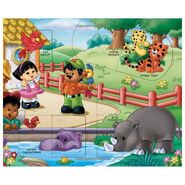