The Parody Wiki
Register
Don't have an account?
Sign In
Advertisement
in: Characters, Animals, African Animals,
and 91 more

Built for height rather than speed, the serval (Leptailurus serval) is a tall, slender cat with the longest legs relative to body size of any cat species. It has a long neck and a narrow face dominated by enormous, oval ears which it uses to scan vegetation for sounds of prey. Black spots, varying in size and shape, pattern its tawny fur and in some instances merge to form stripes on the back and neck. Furthermore, in parts of the serval’s range, all-black forms are fairly common. 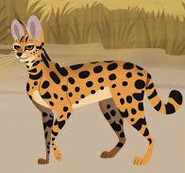 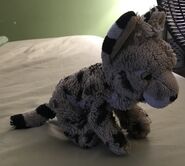 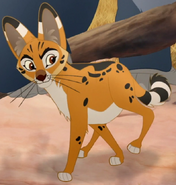 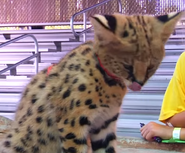 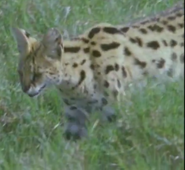 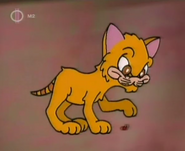 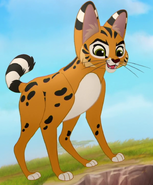 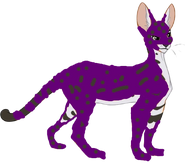 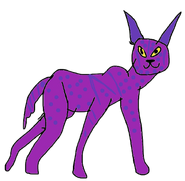