The Parody Wiki
Register
Don't have an account?
Sign In
Advertisement
in: Characters, Animals, African Animals,
and 55 more

The unmistakable, prehistoric-looking shoebill (Balaeniceps rex) is one of the most impressive birds to be found in Africa. A mysterious inhabitant of impenetrable marshes, this tall wading bird possesses a bluish-grey plumage, long black legs, broad wings and muscular neck, but is undeniably dominated by its fantastically unique ‘shoe-like’ bill, from which its common name derives. This imposing greenish-brown bill is huge and powerful at a remarkable 23 cm long and 10 cm broad, ending in a ferociously sharp nail-like hook. The eyes are a pale yellow and at the back of the head exists a small hood of feathers. Primitive in appearance, the bird has baffled taxonomists over its affinities, showing similarities to storks, pelicans, hamerkop and herons in some respects, yet remaining different in others. Indeed, the shoebill's defiantly unusual appearance indicates how much it has evolved to occupy a highly individual niche, and one which happens to tie it to some of the most inaccessible habitat in the world. 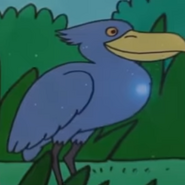 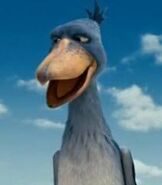 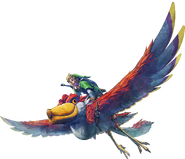 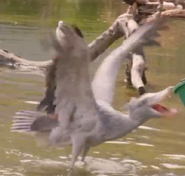