Sniffles played Handsome Boy in The Little Mouse 2: Return to the Sea (Nixcorr26)

Sniffles played Jerry in James and Sniffles: The Movie

Sniffles played Anthropomorphic James in Link and the Giant Peach

Sniffles played Maxie the Mouse in Titanic: The Legend Goes On (Disney and Sega Style)

Sniffles played Roo in The Many Adventures of Hudson the Horstachio 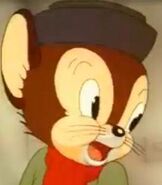 Sniffles in the Sniffles Shorts 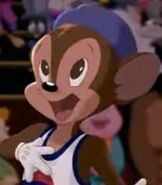 Sniffles in Space Jam
Add a photo to this gallery
Retrieved from "https://parody.fandom.com/wiki/Sniffles?oldid=2328235"
Community content is available under CC-BY-SA unless otherwise noted.