The smallest species of the Lepus genus, the snowshoe hare (Lepus americanus) is a rabbit-sized mammal that is incredibly adapted to its seasonally variable environment. The snowshoe hare is named for its hind feet, which are adapted for travelling across snowy ground and are therefore noticeably large relative to the hare’s body mass. The fur of the snowshoe hare is extremely thick and has one of the highest insulation values of all mammals. Another adaptation which ensures that the snowshoe hare can survive in an environment that drastically changes seasonally is that its fur changes colour between summer and winter. In winter, almost all individuals undergo moulting that transforms the hare’s brown summer coat into one that is pure white apart from the black-tipped ears and the feet, which remain grey. It is thought that this is enables the snowshoe hare to become camouflaged, and has evolved to coincide with snow cover. The snowshoe hare’s relatively short ears are also an adaptation to reduce heat loss in the winter. The female of this species tends to weigh approximately 10 to 25 percent more than the male. The snowshoe hare has been reported to make many characteristic hare vocalisations, which are mainly emitted as a result of fear or stress associated with capture or predation. A common snowshoe hare vocalisation is a high-pitched squeal, and other noises include whines, grunts and clicking sounds. As an adaptation to seasonal changes in the environment, the snowshoe hare changes colour from brown in the summer to white in the winter. The snowshoe hare has the most extensive range of all New World hare species. 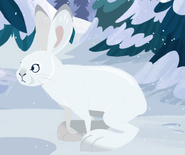 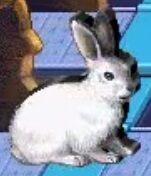 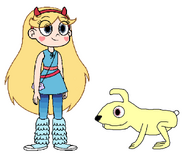 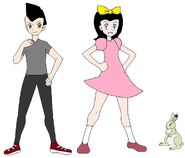