The Parody Wiki
Register
Don't have an account?
Sign In
Advertisement
in: Characters, Animals, North American Animals,
and 49 more

The southern flying squirrel or the assapan (Glaucomys volans) is one of three species of the genus Glaucomys and one of three flying squirrel species found in North America. It is found in deciduous and mixed woods in the eastern half of North America, from southeastern Canada to Florida. Disjunct populations of this species have been recorded in the highlands of Mexico, Guatemala, and Honduras. Southern flying squirrels have grey brown fur on top with darker flanks, and are a cream color underneath. They have large dark eyes and a flattened tail. They have a furry membrane called a patagium that extends between the front and rear legs, and is used to glide through the air. Total length (including tail) is 21–26 cm (8.3–10.2 in). The tail can be 8–12 cm (3.1–4.7 in). Southern flying squirrels are nocturnal. They feed on fruit and nuts from trees such as red and white oak, hickory, and beech. They store food, especially acorns, for winter consumption. They also dine on insects, buds, mushrooms, mycorrhizal fungi, carrion, bird eggs and nestlings and flowers. Predators include snakes, owls, hawks and raccoons. Domestic cats can also be potential predators. 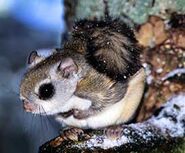 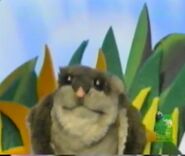 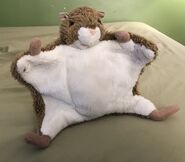 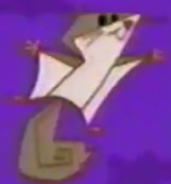