The Parody Wiki
Register
Don't have an account?
Sign In
Advertisement
in: Characters, Animals, Antarctic Animals,
and 75 more

Previously classed as a single species, the rockhopper penguin has now been split into a northern (Eudyptes moseleyi) and southern species (Eudyptes chrysocome). Although both species are similar in appearance, the distinctive yellowish plumes extending from the yellow line above the eye are significantly shorter and less dense in the southern rockhopper penguin. The body is small but robust, with slate-grey upperparts and white underparts. The bill is short and reddish-brown and the eyes are red. Juvenile southern rockhopper penguins can be identified by the lack of adult yellow markings and by pale grey mottling on the chin. All penguins are highly adapted to marine life, with streamlined bodies and wings which are reduced to powerful, narrow flippers. Their bodies are densely covered by three layers of short feathers. 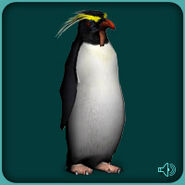 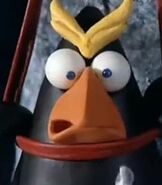 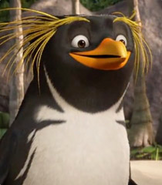 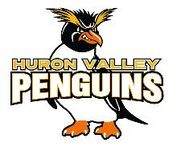 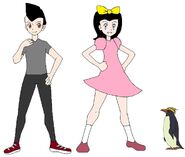