Create the page "1937 Introductions" on this wiki! See also the search results found. 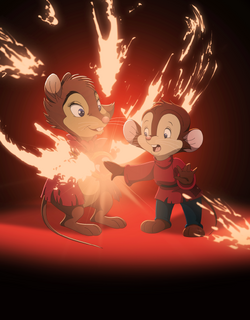 This wiki is dedicated to animator and director, Don Bluth, and his beloved animated movies such as An American Tail, All Dogs go to Heaven, A Troll in Central Park, The Land Before Time, Anastasia, The Pebble and the Penguin…