The Parody Wiki
Register
Don't have an account?
Sign In
Advertisement
in: Main Characters, Characters, Heroes,
and 70 more

Spike is a character from My Little Pony: Friendship is Magic who is a purple and green baby dragon. He is Kids World's friend and assistant. His ability to magically deliver scrolls to and from Princess Celestia with his green fire-breath is featured in many episodes, as is his crush on Rarity. Spike will make his first appearance in Blake Foster's Adventures of Dumbo and at the end of the film Twilight would like him to join the team. Portayed by Shea Whigham.

He is an illustration

He Is A Twin Dragons

Spike played Dan in Spike vs and Spike vs Bear Trilogy

Spike played Spiral in Twilight Sparkle and the Ghostly Adventures

He is a best friend

He Is a Fish

He is a droid

Spike played Quasimodo in The Dragon of Notre Dame 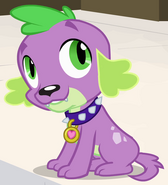 Spike's dog form, as he appears in My Little Pony Equestria Girls 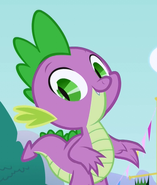 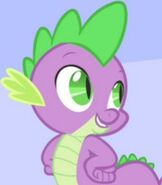 Spike in My Little Pony: Friendship is Magic 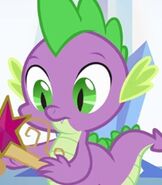 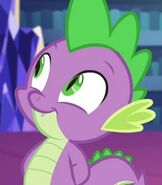 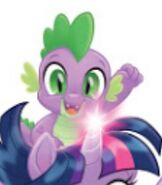 "Who are you calling a gecko?"

Spike as a crystal dragon 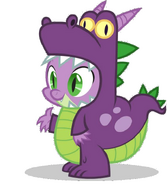 Spike as a Thomas Character

Spike as a DJ 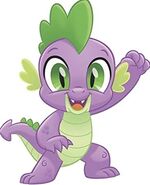 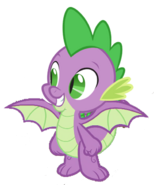 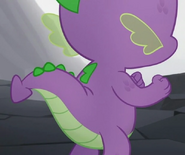 Spike has to pee