Spix’s macaw (Cyanopsitta spixii) is one of the world’s rarest birds, believed to have become extinct in the wild as of 2000. This elegant parrot has delicate blue-grey plumage, fading from the bright blue tail and wings to an ashy-blue crown. There is an area of featherless, dark grey skin around the eyes. Juvenile Spix’s macaws are typically dark blue in colour, but the skin around the eye is pale. In 1990 a single wild male Spix’s macaw was discovered paired with a female blue-winged macaw, but both individuals disappeared in 2000. There are still occasional unconfirmed local reports of Spix’s macaw sightings in Serra da Capivara National Park. Spix’s macaw is relatively long-lived, estimates suggest it could reach 20 to 30 years of age in the wild. 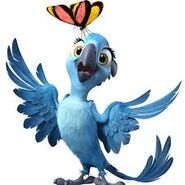 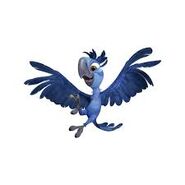 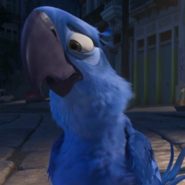 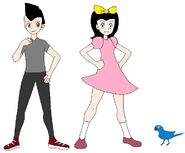 Retrieved from "https://parody.fandom.com/wiki/Spix%27s_Macaw?oldid=2421094"
Community content is available under CC-BY-SA unless otherwise noted.