The Parody Wiki
Register
Don't have an account?
Sign In
Advertisement
in: Characters, Animals, Asian Animals,
and 29 more

The Sri Lankan elephant (Elephas maximus maximus) is one of three recognized subspecies of the Asian elephant, and native to Sri Lanka. Since 1986, Elephas maximus has been listed as endangered by IUCN as the population has declined by at least 50% over the last three generations, estimated to be 60–75 years. The species is pre-eminently threatened by habitat loss, degradation and fragmentation. Elephas maximus maximus is the type subspecies of the Asian elephant, first described by Carl Linnaeus under the binominal Elephas maximus in 1758. The Sri Lankan elephant population is now largely restricted to the dry zone in the north, east and southeast of Sri Lanka. Elephants are present in Udawalawe National Park, Yala National Park, Lunugamvehera National Park, Wilpattu National Park and Minneriya National Park but also live outside protected areas. It is estimated that Sri Lanka has the highest density of elephants in Asia. Human-elephant conflict is increasing due to conversion of elephant habitat to settlements and permanent cultivation. In general, Asian elephants are smaller than African elephants and have the highest body point on the head. The tip of their trunk has one finger-like process. Their back is convex or level. Females are usually smaller than males, and have short or no tusks. Sri Lankan elephants are the largest subspecies reaching a shoulder height of between 2 and 3.5 m (6.6 and 11.5 ft), weigh between 2,000 and 5,500 kg (4,400 and 12,100 lb), and have 19 pairs of ribs. Their skin color is darker than of indicus and of sumatranus with larger and more distinct patches of depigmentation on ears, face, trunk and belly. Only 7% of male Sri Lankan elephants bear tusks. According to the elephant census conducted in 2011 by the Wildlife Conservation Department of Sri Lanka, only 2% of the total population are tuskers. 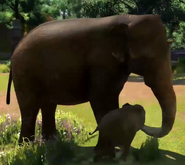 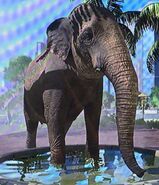 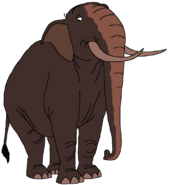 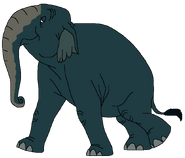 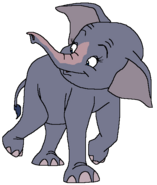 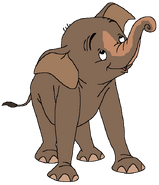