The stump-tailed macaque (Macaca arctoides), also called the bear macaque, is a species of macaque found in South Asia. In the subcontinent India, it is found in south of the Brahmaputra River, in the northeastern part of the country. Its range in India extends from Assam and Meghalaya to eastern Aruanchal Pradesh, Nagaland, Manipur, Mizoram and Tripura. It is primarily frugivorous, but eats many types of vegetation, such as seeds, leaves and roots, but also hunts freshwater crabs, frogs, bird eggs and insects. 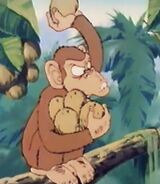 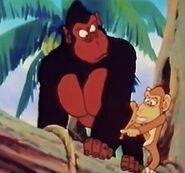 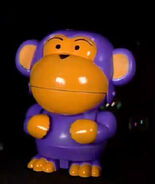