The Parody Wiki
Register
Don't have an account?
Sign In
Advertisement
in: Characters, Animals, Asian Animals,
and 72 more

The Sumatran tiger (Panthera tigris sumatrae) is a rare tiger subspecies that inhabits the Indonesian island of Sumatra. It has been listed as Critically Endangered on the IUCN Red List in 2008 as the population was estimated at 441 to 679 individuals, with no subpopulation larger than 50 individuals and a declining trend. The Sumatran tiger is the only surviving member of the Sunda Islands group of tigers that included the now extinct Bali tiger and Javan tiger. Sequences from complete mitochondrial genes of 34 tigers support the hypothesis that Sumatran tigers are diagnostically distinct from mainland populations. 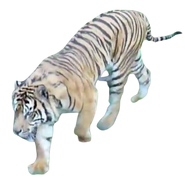 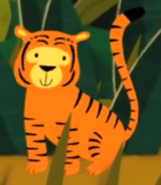 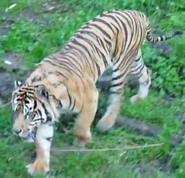 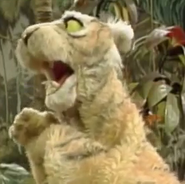 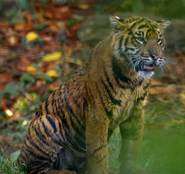 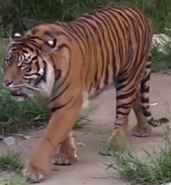 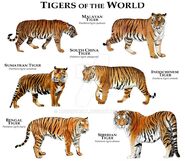 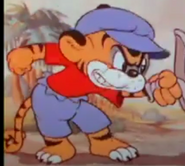 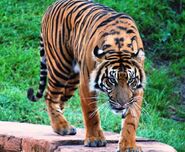