The Parody Wiki
Register
Don't have an account?
Sign In
Advertisement
in: Characters, Animals, Asian Animals,
and 75 more

The smallest of the world’s eight living bear species, the sun bear (Helarctos malayanus) has short, sleek fur which is usually black but can range from reddish-brown to grey. Almost every sun bear has an individually distinct chest patch that is typically yellow, orange, or white, and may sometimes be speckled or spotted. The sun bear has a broad muzzle that is relatively short and a large head, giving the bear a dog-like appearance. It has small, rounded ears, a fleshy forehead that occasionally looks wrinkled, and an extremely long tongue (longest of all bear species). With feet turned slightly inward, large naked paws and long curved claws, the sun bear is well adapted for climbing trees. Its feet are extraordinarily large compared with its body size, potentially assisting in digging and breaking into dead wood in search of insects. 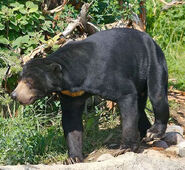 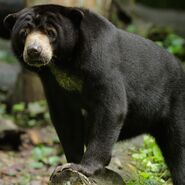 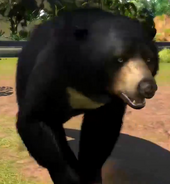 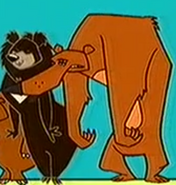 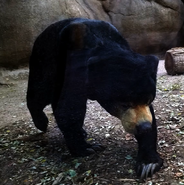 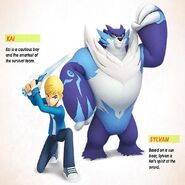 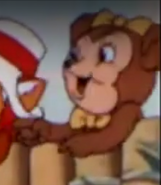