Susie Carmichael is a character from Rugrats.

S4E21 entitled "Torn", Emma Stone's (portrayed by Angelica Pickles) professor which she was the one who lectured Emma about the classification of women in their profession, including Det. Rush in her lectures as she was the only woman in homicide team which solves Cold Cases (but she clarified to Emma that she was not the only woman in homicide team, there's Lenny, Josie, and later Kat Miller) . She was also be able to help the detectives in their investigation to Francis's case after she had an honor to interview Alice Harris (portrayed by Suki) to get some clues and verdicts before she was gone the past week. 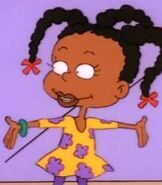 Susie Carmichael in the TV Series 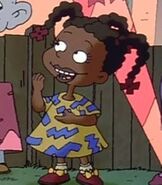 Susie Carmichael in The Rugrats Movie 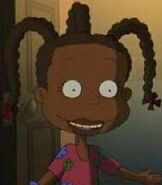 Susie Carmichael in Rugrats in Paris: the Movie 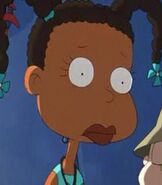 Add a photo to this gallery
Retrieved from "https://parody.fandom.com/wiki/Susie_Carmichael?oldid=2284792"
Community content is available under CC-BY-SA unless otherwise noted.