He is Hades' green-blue henchman

He is a cat one of Fat Cat's gang

He is a laughing hyena

He is a drunken mouse 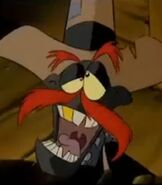 Chula the Tarantula in An American Tail Fievel Goes West 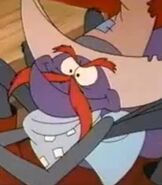 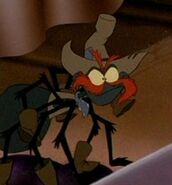 Add a photo to this gallery
Retrieved from "https://parody.fandom.com/wiki/T.R._Chula?oldid=1993204"
Community content is available under CC-BY-SA unless otherwise noted.