Tadashi Hamada was the older brother of Hiro Hamada and a character of Disney's 2014 animated feature film Big Hero 6. A gifted robotics student at the San Fransokyo Institute of Technology, Tadashi was the creator of Baymax: a robotic, personal, healthcare companion.

Tadashi's sudden death in a mysterious fire catalyzes the events of the film, leading Hiro, Baymax and Tadashi's best friends to band together to investigate the "accident" and catch the culprit responsible for it.

He played Harry Osborn in Spider-Man 1, 2 and 3

He played Tulio in The Road to El Dorado (JimmyandFriends Style)

He played Chief Powhatan in Hirohontas,Hirohontas II: Journey to a New World 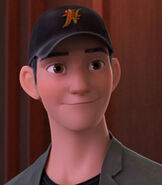 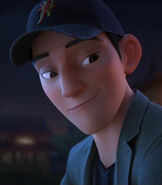 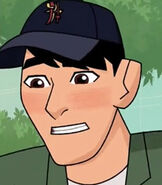 Add a photo to this gallery
Retrieved from "https://parody.fandom.com/wiki/Tadashi_Hamada?oldid=2554860"
Community content is available under CC-BY-SA unless otherwise noted.