Tai Kamiya is the main character of Digimon TV series and the leader of the DigiDestined.

As Aladar in Digimon (Dinosaur)

He is an Iguanodon.

As John Smith in Camillehontas

He is an Englishman

He is a Counterpart 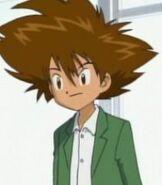 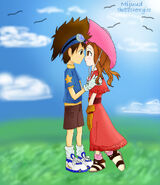 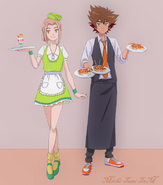 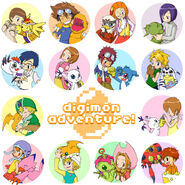 Add a photo to this gallery
Retrieved from "https://parody.fandom.com/wiki/Tai_Kamiya?oldid=2168976"
Community content is available under CC-BY-SA unless otherwise noted.