The Parody Wiki
Register
Don't have an account?
Sign In
Advertisement
in: Characters, Animals, European Animals,
and 44 more

The tawny owl (Strix aluco) is the most common and widespread British owl. It is most often heard than seen; it produces a variety of vocalisations, including the familiar ke-wick contact calls. It has a compact body and a large rounded head, and varies in colour from greyish to reddish brown with black and white streaks. The sexes are similar in appearance. Male and female tawny owl pairs often stay together for life. The inedible fur and bones left-over from the tawny owl’s diet of small mammals are regurgitated as ‘owl pellets’. 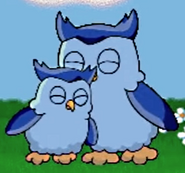 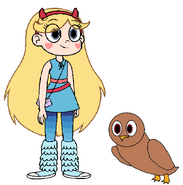 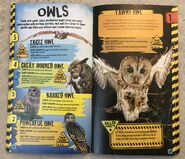