Teacup is the talented pooch of Belle's, whom she met when Belle was out in the Village Square one day and she happened to see Teacup balancing apples on her head to entertain everyone.

Teacup is a brown-blond colored Cavalier King Charles Spaniel with white on her face and paws. Her cheeks and nose are pink, while her eyes are bright green. Her ears are brown and she has two single curls of bangs, while her tail is bright gold and very long and curly, matching the fur at her neck and chest.

Teacup wears a gold crown with a pink rose in the center, a pearl necklace with many pink gems and a big pink rose, and a pink glittering ribbon on her tail.

While she loves to entertain the crowds with her neat tricks, Teacup is a total girly-girl who loves to spend her time shopping. She knows just the right accessory to compliment each and every outfit and every occasion, and adores her pair of glamorous sunglasses.

​(Getting Bathed and Blow Dried)

(Getting groomed and trimmed) 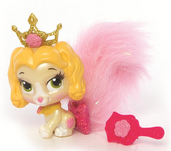 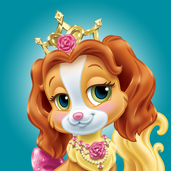 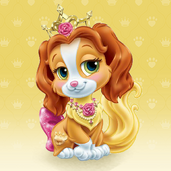 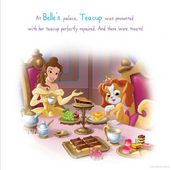 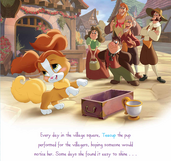 In the picture you'll see Lefou 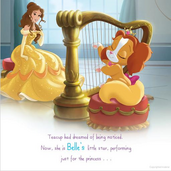 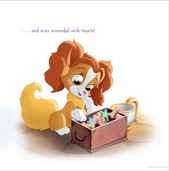 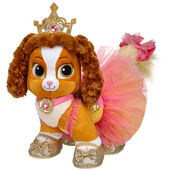 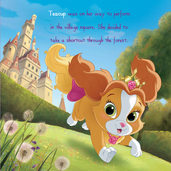 In Her New Outfit 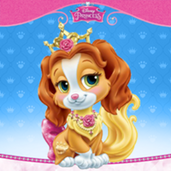 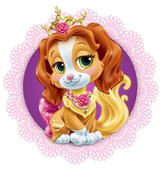 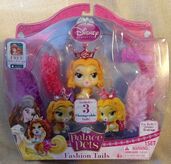 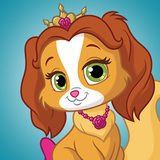 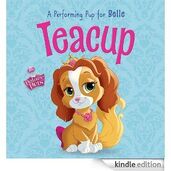 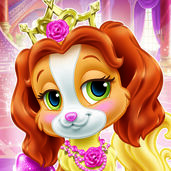 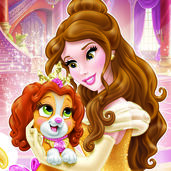 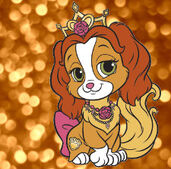 In her new outfit 2

In her original outfit 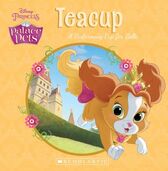 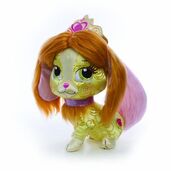 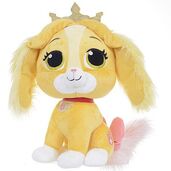 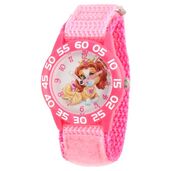 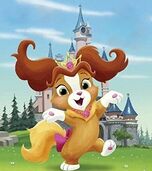 In her new outfit 3 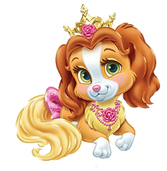 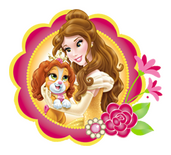 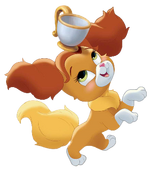 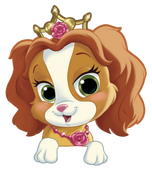 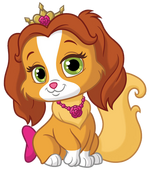 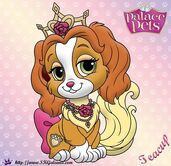 Give Teacup a Haircut

Dress Up Teacup
Add a photo to this gallery
Retrieved from "https://parody.fandom.com/wiki/Teacup?oldid=1093922"
Community content is available under CC-BY-SA unless otherwise noted.