The Parody Wiki
Register
Don't have an account?
Sign In
Advertisement
in: Characters, Animals, Domestic Animals,
and 32 more

The Texas Longhorn is a breed of cattle known for its characteristic horns, which can extend to over 1.8 m (5.9 ft) tip to tip for bulls, and 2.1 m (6.9 ft) tip to tip for steers and exceptional cows. They are descendants of the first cattle in the New World, brought by Christopher Columbus and the Spanish colonists, and have a high drought-stress tolerance. Texas Longhorns are known for their diverse coloring, and can be any color or mix of colors, but dark red and white color mixes are the most dominant. Registries for the breed include the Texas Longhorn Breeders Association of America, founded in 1964 by the Kerr County rancher Charles Schreiner, III; the International Texas Longhorn Association, and the Cattlemen's Texas Longhorn Registry. 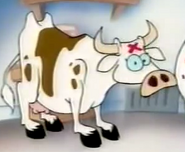 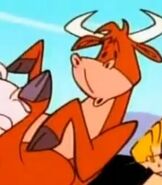 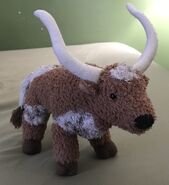 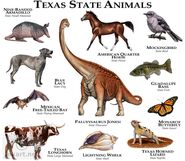 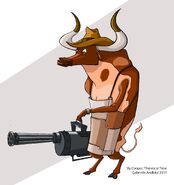