The Parody Wiki
Register
Don't have an account?
Sign In
Advertisement
in: Ocean liners, Characters, Protagonists,
and 6 more

The Duchess is the first ocean liner to be introduced in the series, appearing in the first episode, Sunshine.

The Star Tugs have a difficult time towing the Duchess, only to be hindered more by Zorran causing an accident. She makes numerous cameos throughout the series in the port, the most cameos of any ocean liner character in Tugs. 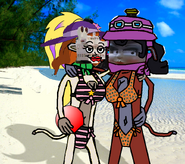 The Duchess in a bikini with Lillie Lightship 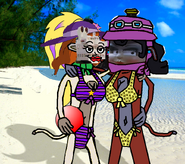 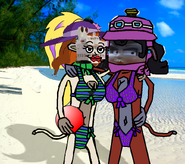 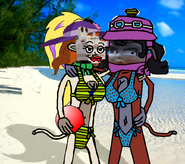