In 1988, following his mother's death, a young Steve is abducted from Earth by the Ravagers, a group of space pirates led by Frieza. Twenty-six years later on the planet Minecraft, Steve steals an orb, after which Squelette, a subordinate to the fanatical, Shao Kahn, intercepts him. Although Steve escapes with the orb, Squelette discovers his theft and issues a bounty for his capture, while Shao Kahn sends the assassin Alex after the orb.

When Steve attempts to sell the orb on the Nova Empire capital world, the Citadel, Alex ambushes him and steals it. A fight ensues, drawing in a pair of bounty hunters: Slappy Squirrel and Swampfire. The Green Lantern Corps arrives and arrests all four, imprisoning them in Incarcecon. While there, a powerful inmate, Kratos, attempts to kill Alex due to her association with Shao Kahn, who killed his family. Steve convinces Kratos that Alex can bring Shao Kahn to him. Alex reveals that she has betrayed Shao Kahn, unwilling to let him use the orb's power to destroy planets, starting with The Citadel. Learning that Alex has a buyer for the orb, she, Steve, Slappy, Swampfire, and Kratos work together to escape from Incarcecon.

Elsewhere, Shao Kahn meets with Alex's adoptive father, Tirek, to discuss her betrayal. Accompanied by Kratos, Steve's group escapes the Incarcecon in his ship – the Gummi Ship – and flees to Knowhere, a remote criminal outpost in space built in the giant corpse of a Smooze. A drunken Kratos summons Shao Kahn while the rest of the group meet Alex's contact, Severus Snape. Snape opens the orb, revealing an Infinity Stone, an item of immeasurable power that destroys all but the most powerful beings who wield it. Suddenly, Snape's tormented assistant grabs the Stone, triggering an explosion that engulfs Snape's archive.

Shao Kahn arrives and easily defeats Kratos, while the others flee by ship, pursued by Shao Kahn's followers and Alex's sister: Android 18. 18 destroys Alex's ship, leaving her floating in space, and Shao Kahn's forces capture the orb. Steve contacts Frieza before following Alex into space, giving her his helmet to survive; Frieza arrives and retrieves the pair. Slappy, Kratos, and Swampfire threaten to attack Frieza's ship to rescue them, but Steve negotiates a truce by convincing Frieza that they can recover the orb. Steve's group agrees that facing Shao Kahn means certain death, but that they cannot let him use the Infinity Stone to destroy the galaxy. On Shao Kahn's flagship, the Underworld, Ronan embeds the Stone in his warhammer, taking its power for himself. He contacts Tirek, threatening to kill him after the destruction of the Citadel; hateful of her adopted father, 18 allies with Ronan.

Near to the Citadel, the Ravagers, the Green Lantern Corps, and Steve’s group, which breaches the Underworld, confront the Underworld. Shao Kahn uses his empowered warhammer to destroy the Green Lantern Corps fleet. On the Underworld, after Alex defeats Android 18 (who escapes), she unlocks Shao Kahn's chambers, but the group find themselves outmatched by his power until Slappy crashes the Gummi Ship through the Underworld. The damaged Underworld crash-lands on The Citadel, with Swampfire sacrificing himself to shield the group. Shao Kahn emerges from the wreck and prepares to destroy the Citadel, but Steve distracts him dancing, allowing Kratos and Slappy to destroy Shao Kahn's warhammer. Steve grabs the freed Stone, and with Ales, Kratos, and Slappy sharing its burden, Calling themselves: The Guardians of the Galaxy, they use it to destroy Shao Kahn.

In the aftermath, Steve tricks Frieza into taking a container supposedly containing the Stone, and gives the real Stone to the Green Lantern Corps. As the Ravagers leave the Citadel, Frieza remarks that it turned out well that they did not deliver Steve to his father per their contract. The Guardians have their criminal records expunged, and Steve learns that he is only half-human, his father being part of an ancient, unknown species. Steve finally opens the last present he received from his mother: a cassette tape filled with her favorite songs. The Guardians leave in the rebuilt Gummi Ship along with a sapling cut from Swampfire.

In a post-credits scene, Snape sits in his destroyed archive with his injuries being treated by one of his species, a fish in a space Taje, while chatting with three other species, creatures of an unknown species, with black skin, white faces, long ears and tails, and all wore gloves, a used a brown pants, another a red cap and a blue shirt and the last wore a pink skirt and a flower in the head, the background can be seen a man who appears to be a human entering a police box that disappears. 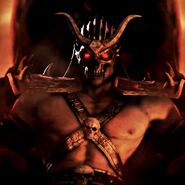 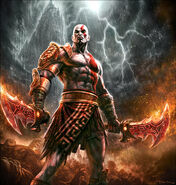 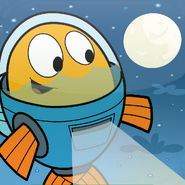 Retrieved from "https://parody.fandom.com/wiki/The_Guardians_of_the_Galaxy_(paulodejesus18_version)?oldid=317893"
Community content is available under CC-BY-SA unless otherwise noted.