Theodore McCallister III, better known as Tobey, is a 10-year-old villain in the TV show WordGirl. He's about the same age as Becky Botsford (who is WordGirl); they are often shown to be in the same class.

Tobey is a boy genius who specializes in building enormous robots. His robots seem to be built for mostly destructive purposes, but they have shown a wide array of abilities, such as: food-making, cabin-building, checker-playing, painting, competing in athletic events, and many other examples. Tobey is cunning, greedy, ruthless, unpleasant, egotistical, and manipulative; he often comes across as reckless and mischievous. His plans are sometimes foiled when his robots malfunction. At school, Tobey acts bored and doesn't pay attention, preferring to work on plans for robots.

Theodore has a obsessive crush on WordGirl - though he would never admit it and has argued more than once to the contrary - and often concocts destructive plans to impress her or win her heart. He often demands that if he manages to defeat her with his robots, she has to tell him her secret identity or go out for ice cream with him. Tobey has a scrapbook with WordGirl news clippings and other miscellanea. Though WordGirl and Tobey argue a lot, they occasionally show that they have some compatibility, such as in the episodes "Have You Seen the Remote?" and "Book Ends". Even though Wordgirl will not say she had a good time with him, she doesn't admit she didn't have a good time, either. 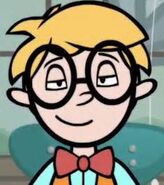 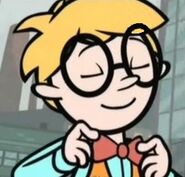 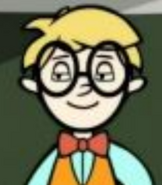 Add a photo to this gallery
Retrieved from "https://parody.fandom.com/wiki/Thedore_Tobey_McCallister?oldid=1536314"
Community content is available under CC-BY-SA unless otherwise noted.