The Parody Wiki
Register
Don't have an account?
Sign In
Advertisement
in: Characters, Animals, Ocean Animals,
and 74 more

One of the largest sharks in the world, the tiger shark (Galeocerdo cuvier) is named for the characteristic, vertical striped markings that run along the length of its body. These markings are most pronounced in juvenile tiger sharks, but fade with age, being generally absent in adults of over three metres in length. In overall colouration, the adult tiger shark is bluish-green to dark grey above, and yellowish-white to stark white below. The body shape is distinctive, with a broad head and upper body, becoming increasingly slender towards the tail. As expected of such a formidable predator, the jaws of the tiger shark are large and house a set of sizeable teeth with curved cusps and finely serrated edges. 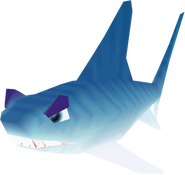 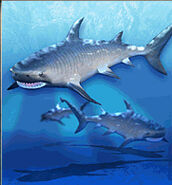 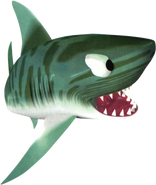 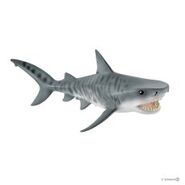 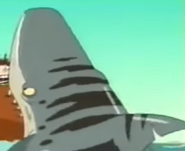 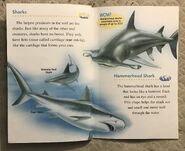