Toborr is five years old. She commonly appears as the leader of the group until she gave her position to Tom Allen while helping him get used to Magic Land. She is Ken's older sister. Her best friend is Callie, and she is perhaps known for saying, "Definitely!" whenever a good idea arises. Though Toborr is not ashamed to do "girly" things with her best friend, Callie, she is also heavily into sports and games and generally is up for any activity regardless of traditional gender roles. Though she experiences occasional jealousy of her brother, the two are otherwise usually together within Magic Land and share many adventures. Though a brave, smart and savvy natural leader, she is also impulsive and doesn't always think before she acts. She has wavy red hair. She is typically seen wearing a blue jumper dress over a yellow and pink striped shirt. 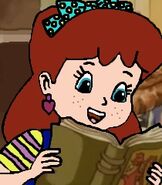 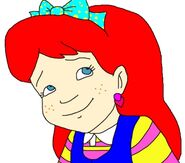 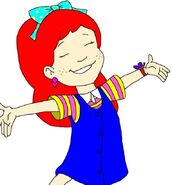 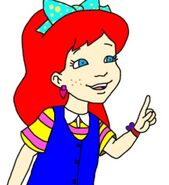 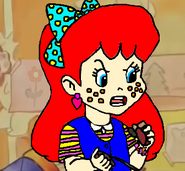 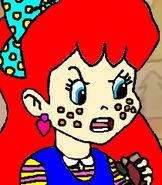 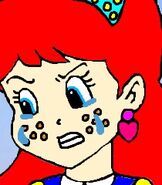 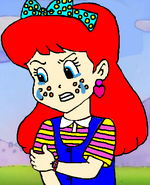 Add a photo to this gallery
Retrieved from "https://parody.fandom.com/wiki/Toborr?oldid=2274522"
Community content is available under CC-BY-SA unless otherwise noted.