The Parody Wiki
Register
Don't have an account?
Sign In
Advertisement
in: Characters, Animals, South American Animals,
and 160 more

The Toco toucan (Ramphastos toco) is at home in South America's tropical forests but recognized everywhere. The toucan's oversized, colorful bill has made it one of the world's most popular birds. The 7.5-inch-long (19-centimeter-long) bill may be seen as a desirable mating trait, but if so, it is one that both male and female toucans possess. In fact, both sexes use their bills to catch tasty morsels and pitch them to one another during a mating ritual fruit toss. As a weapon, the bill is a bit more show than substance. It is a honeycomb of bone that actually contains a lot of air. While its size may deter predators, it is of little use in combating them. But the toucan's bill is useful as a feeding tool. The birds use them to reach fruit on branches that are too small to support their weight, and also to skin their pickings. In addition to fruit, Toco toucans eat insects and, sometimes, young birds, eggs, or lizards. Toco toucans live in small flocks of about six birds. Their bright colors actually provide good camouflage in the dappled light of the rain forest canopy. However, the birds commonly keep up a racket of vocalization, which suggests that they are not trying to remain hidden. Toucans nest in tree holes. They usually have two to four eggs each year, which both parents care for. Young toucans do not have a large bill at birth—it grows as they develop and does not become full size for several months. These iconic birds are very popular pets, and many are captured to supply demand for this trade. They are also familiar commercial mascots known for hawking stout, cereal, and other products. Indigenous peoples regard the bird with a more sacred eye; they are traditionally seen as conduits between the worlds of the living and the spirits. 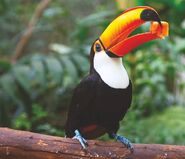 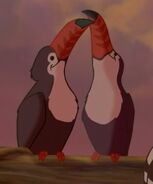 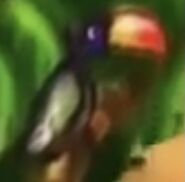 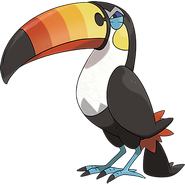 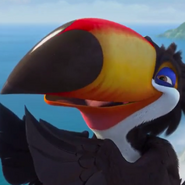 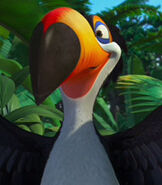 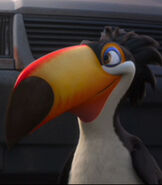 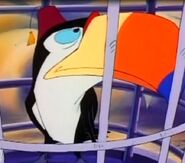 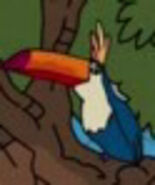 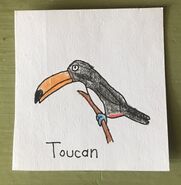 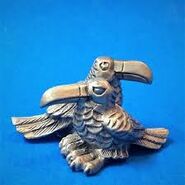 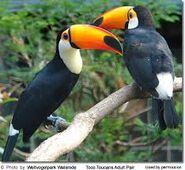 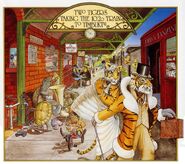 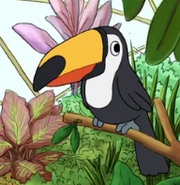 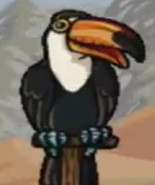 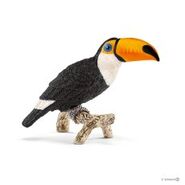 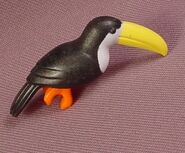 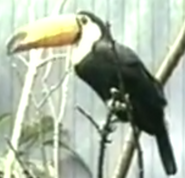 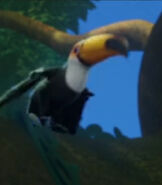 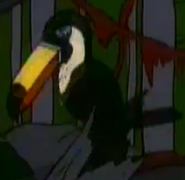 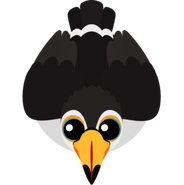 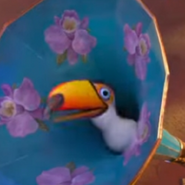