Tony Jay (February 2, 1933 – August 13, 2006) was a British actor, voice actor and singer. A former member of the Royal Shakespeare Company, he was known for his voice work in animation, film and video games. Jay was particularly well known for his distinctive baritone voice, which often had him cast as villainous characters. He was best known as the voice of Claude Frollo from Disney's The Hunchback of Notre Dame, Megabyte from ReBoot, and the Elder God (and the original Mortanius) from Legacy of Kain. 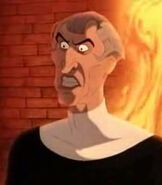 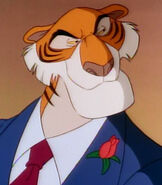 Shere Khan
Add a photo to this gallery
Retrieved from "https://parody.fandom.com/wiki/Tony_Jay?oldid=1910519"
Community content is available under CC-BY-SA unless otherwise noted.