Top Hat is Captain Star's fourth tug. He is an uppity and snobbish character with a monocle, top hat and a Posh English accent who looks down on everyone, both his friends and his foes, thinking that he is the best tug in the Star Fleet.

He plays Timon in The Hero King (ThomasTenCents34526's Style)

He plays Badger in The Toy and the Dinosaur (ThomasTenCents34526's Style) 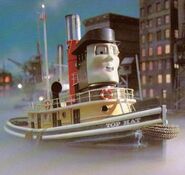 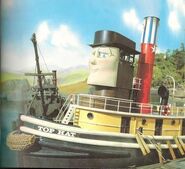 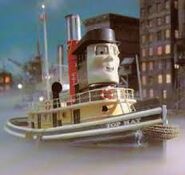 Retrieved from "https://parody.fandom.com/wiki/Top_Hat?oldid=1815269"
Community content is available under CC-BY-SA unless otherwise noted.