The Parody Wiki
Register
Don't have an account?
Sign In
Advertisement
in: Characters, Allies, Mario's allies,
and 35 more

Tosha was a character who appeared in the first three seasons of Barney & Friends. She was played by Hope Cervantes and first appeared in the Season 1 episode "Be a Friend". In the episode "A Very Special Delivery!", her mom had twin boys named Kevin and Kyle. Before they were born, Tosha mentioned them in "May I Help You?", "Red, Blue and Circles Too!", "Picture This!", "Stop, Look and Be Safe!" and "Having Tens of Fun!". She has played various Musical instruments in several episodes, including the Clarinet in "The Exercise Circus", Flute in "Barney Live! in New York City", and various Percussion as in Season 3 episodes. Tosha in Be A Friend 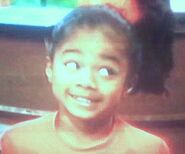 Tosha in Doctor Barney is Here 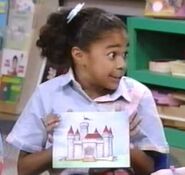 Tosha in Everyone Is Special Tosha in Falling For Autumn 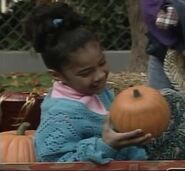 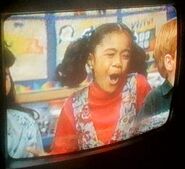 Tosha in May I Help You? 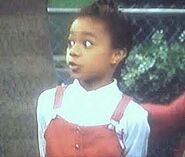 Tosha in Stop Look & Be Safe 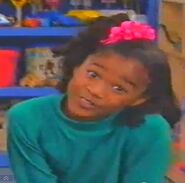 Tosha in Picture This

Tosha in A Very Special Delivery 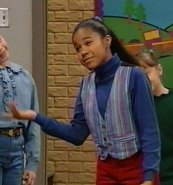 Tosha in I Can Be A Firefighter

Tosha in It's Raining It's Pouring 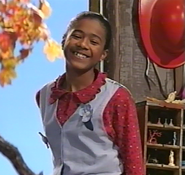 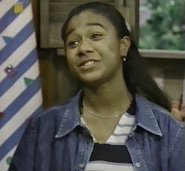 Tosha in Sing and Dance with Barney 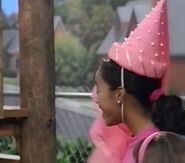