The Parody Wiki
Register
Don't have an account?
Sign In
Advertisement
in: African American Characters, Black Characters, Females,
and 68 more

Trudy Proud is one of the main characters from the Disney Channel show The Proud Family.

She is a veterinarian who comes from a noticeably wealthy family, her father being a doctor and her sister Diana Parker, a famous actress. She married Oscar Proud after college, who she met through her friend/roommate Debra Williams (also known as Thingy) because she felt that he was worth it. However, she doesn't appreciate Oscar acting like a fool around people. She also hates Oscar's cousins. Her best friend is Sunset Boulevardez because they both share a few things in common; they don't like their husbands hanging out with other women, they are both strict mothers and housewives, and they don't like it when their husbands act so dumb, slow and idiotic. Trudy often has her eldest daughter, Penny, watching the twins at times when Penny has made plans for herself. She is often over-protective with her kids as well. She's voiced by Paula Jai Parker.

Trudy is a very nurturing, kind, whiny, beautiful and caring woman. She tends to be more lenient, and calmer than her husband Oscar, although she has shown go into a rage when Oscar or Penny don't listen to her (as seen in The Proud Family Movie.) Being a veterinarian, she is very caring of animals and very smart, and educated. 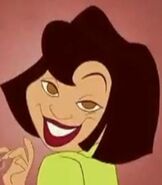 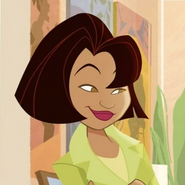