With a bright, pinkish-red head, brownish-black plumage and a two metre wingspan, the turkey vulture (Cathartes aura) is a highly distinctive bird of prey. The head is almost entirely bald, except for some sparse black bristles, and often bears a number of whitish warts. The reddish colouration, which contrasts strongly with the whitish beak, develops as individuals mature, with juvenile birds initially possessing dark grey skin on the head, covered thinly by short downy feathers. There are currently six recognised subspecies of turkey vulture, which can be distinguished by location, size and intensity of head colouration. 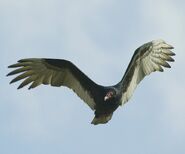 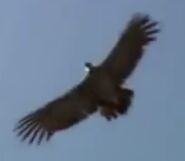 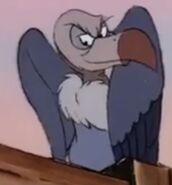 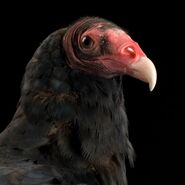 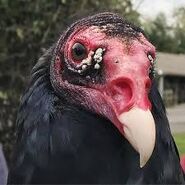 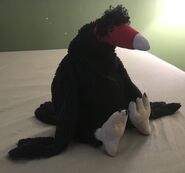 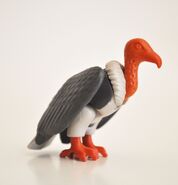 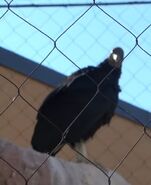 Retrieved from "https://parody.fandom.com/wiki/Turkey_Vulture?oldid=2590237"
Community content is available under CC-BY-SA unless otherwise noted.