Start a Wiki
Tyannosaurus rex was one of the largest meat-eating dinosaurs that ever lived. Everything about this ferocious predator, from its thick, heavy skull to its 4-foot-long (1.2-meter-long) jaw, was designed for maximum bone-crushing action. Fossil evidence shows that Tyrannosaurus was about 40 feet (12 meters) long and about 15 to 20 feet (4.6 to 6 meters) tall. Its strong thighs and long, powerful tail helped it move quickly, and its massive 5-foot-long (1.5-meter-long) skull could bore into prey. T. rex's serrated, conical teeth were most likely used to pierce and grip flesh, which it then ripped away with its brawny neck muscles. Its two-fingered forearms could probably seize prey, but they were too short to reach its mouth. Scientists believe this powerful predator could eat up to 500 pounds (230 kilograms) of meat in one bite. Fossils of T. rex prey, including Triceratops and Edmontosaurus, suggest T. rex crushed and broke bones as it ate, and broken bones have been found in its dung. Tyrannosaurus rex lived in forested river valleys in North America during the late Cretaceous period. It became extinct about 65 million years ago in the Cretaceous-Tertiary mass extinction.  Unlike it's other cousins, it only had two fingers on each hand. 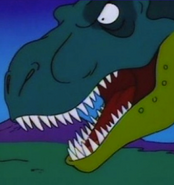 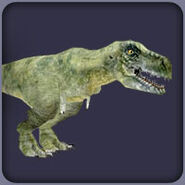 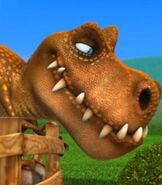 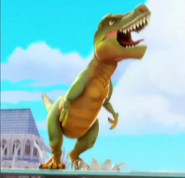 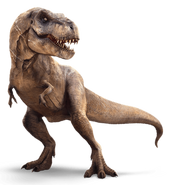 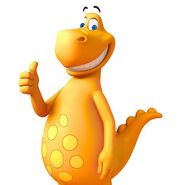 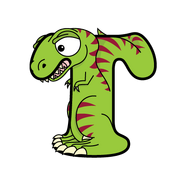 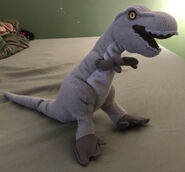 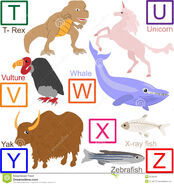 The Amazing World of Gumball (2011-present) 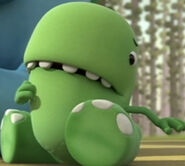 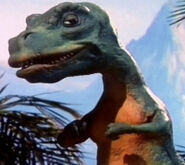 Stanley and the dinosaurs 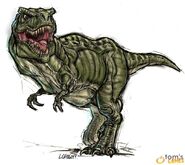 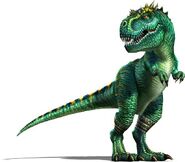 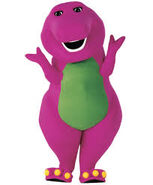 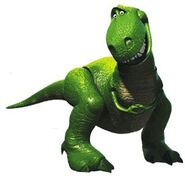 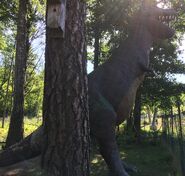 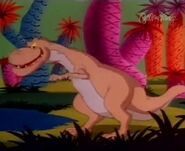 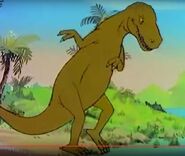 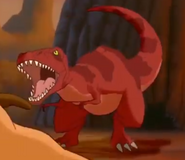 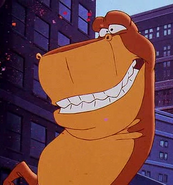 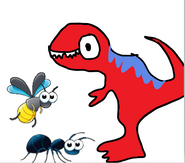 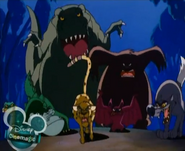 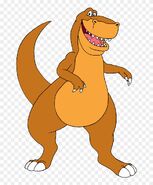 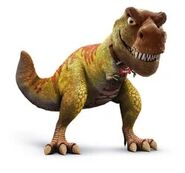 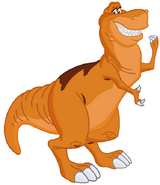 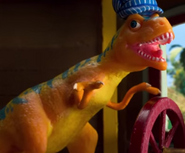 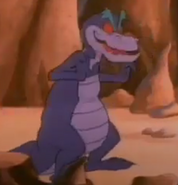 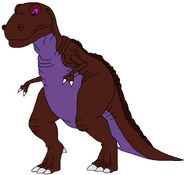 Retrieved from "https://parody.fandom.com/wiki/Tyrannosaurus?oldid=2231976"
Community content is available under CC-BY-SA unless otherwise noted.