The Parody Wiki
Register
Don't have an account?
Sign In
Advertisement
in: Littlechild Studios, Sony, Playstation Originals,
and 7 more

A Furry, Anime & Cartoon Spoof to the movie based on the video game "Uncharted"

Chip and Dale Drake are arrested trying to steal the first map made after the Magellan expedition. Sam escapes while Nathan is returned to their orphanage; Dale gives Chip a ring belonging to their ancestor, Sir Francis Drake, and promises to return for him.

Fifteen years later, Chip works as a bartender and pickpockets wealthy patrons. Buzzward "Buzz" Sullivan, a fortune hunter who worked with Dale tracking treasure hidden by the Magellan crew, explains to Chip that Dale vanished after helping him steal Juan Sebastian Elcano's diary. Chip, who has several postcards Dale sent him over the years, agrees to help Buzz to find his brother. Buzz and Chip go to an auction to steal a golden cross linked to the Magellan crew. There, the pair encounter Killian Moncada, the last descendant of the Moncada family (who funded the original expedition), and Azula, leader of mercenaries hired by Killian. Chip is ambushed by Azula's men, and the ensuing fight creates a distraction for Buzz (disguised as an auction attendant) to steal the cross.

The duo travel to Barcelona, where the treasure is supposedly hidden, and rendezvous with Buzz's contact Gadget Hackwrench, who has another cross. Gadget steals the first cross from Chip, but Chip and Buzz convince her to work with them. Meanwhile, Killian confronts his father, Charles, upon learning the family fortune is being donated; after Charles states his son is not worthy of inheriting it, Killian orders Azula to kill him. Chip, Gadget, and Buzz follow clues in Elcano's diary to Santa Maria del Pi, finding a secret crypt behind the altar. Chip and Gadget enter, finding a trap door, but as they open it, the crypt floods with water. Buzz barely manages to help them escape after subduing an ambush by Azula. Using the two crosses to unlock a secret passage, Chip and Gadget find a map that indicates the treasure is in the Philippines. Gadget betrays Chip (having originally been hired by Killian) and takes the map.

Buzz reunites with Chip and says after he and Dale recovered Elcano's diary, they were ambushed by Azula; Dale was shot and Buzz narrowly escaped. Killian is betrayed and killed by Azula, who departs in a cargo plane to find the treasure; Chip and Buzz hide on the plane. Chip attacks Azula while Buzz parachutes out. Chip is knocked out the plane with Gadget (who attempts to escape with the map after Killian's death) and the pair land in the Philippines, where they realize the map does not pinpoint the treasure. After surmising Dale may have left a clue in his postcards, Chip concludes the treasure's location. Unsure over Gadget's loyalties, Chip leaves her fake coordinates and reunites with Buzz, finding the Magellan ships. Azula follows them, forcing Chip and Buzz to hide as her crew airlift the ships.

In their escape, Buzz commandeers one of the helicopters, causing Azula to order the other helicopter to approach for a boarding action. Chip defends himself from her mercenaries and shoots down the other helicopter with one of the ship's cannons. Azula drops that ship's anchor while Chip climbs to the helicopter. Buzz throws a bag of collected treasure at Azula, who is crushed to death when the ship breaks and falls. As Philippine naval units arrive, Chip, Buzz, and Gadget (who followed on boat) escape with a few pieces of pickpocketed treasure. 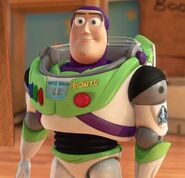 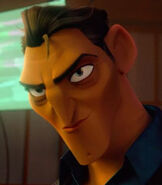 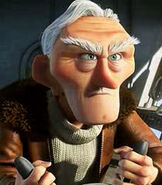 Charles Muntz (Up)
Community content is available under CC-BY-SA unless otherwise noted.
Advertisement