The Parody Wiki
Register
Don't have an account?
Sign In
Advertisement
in: Characters, Animals, African Animals,
and 49 more

Africa’s most common large vulture, the white-backed vulture (Gyps africanus) is an accomplished scavenger that feeds on the carcasses of Africa’s large animals. Its plumage is dark brown with black skin on the neck and head, making the white lower-back, for which it is named, even more prominent. The white-backed vulture has black eyes and a strong, slightly hooked black bill, contrasting with its pale crown and hindneck. As they age, the plumage of white-backed vultures becomes paler and plainer, especially the female’s; conversely, juveniles are darker, with lighter brown streaks on their feathers. 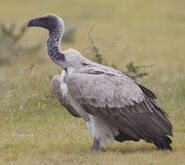 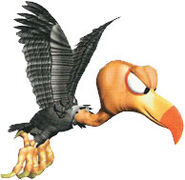 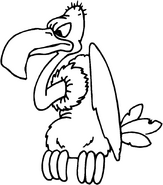 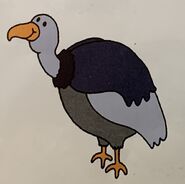